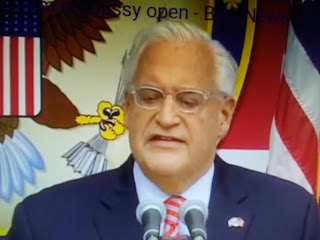 Hamas is pushing the Palestinians to commit suicide strictly for political PR reasons.
Israel has nothing to do with it other than the lawful protection of their borders.

Breitbart reports the mainstream media bear “some responsibility” for the deaths of Palestinians at the Gaza boundary this week, because they reward the Hamas terror group for encouraging people to attempt to breach the border.

That’s according to U.S. Ambassador David M. Friedman, who spoke exclusively to Breitbart News on the terrace of the King David Hotel the day after dedicating the new U.S. embassy in Jerusalem.