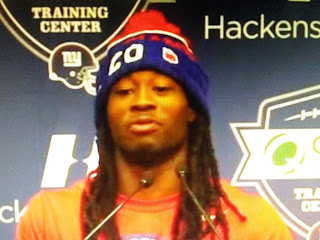 Well, this is not a good way to start training camp.
I'm stumped to what the heck happened.

NY Post reports a dead body was found in the New Jersey home of Giants cornerback Janoris Jenkins on Tuesday — and police are reportedly treating it as a homicide.

The corpse was discovered in the basement by a worker, who was at the Fair Lawn residence while Jenkins was in Florida, ESPN reported.

The identity of the victim was not immediately released, but neighbors told The Post that the 29-year-old football star would often let family members and friends stay at the residence when he wasn’t there.

“They are really friendly,” said neighbor Danielle Barnes, 31. “When it’s not football season they go to Florida.”