Miscarriage of Justice: Guatemalan illegal AVOIDS JAIL and is given just a $280 fine after knocking down and killing an FBI agent and fire marshal 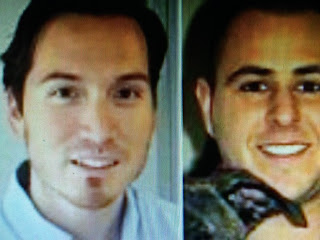 Unbelievable!  I can't believe this happened.  Our justice system is a joke!

Daily Mail reports an illegal immigrant who ran down and killed an FBI agent and a fire marshal on the side of a highway has avoided jail.

Roberto Garza Palacios, 28, who arrived in the US in Guatemala and has overstayed his visa, paid just a $280 fine for killing Deputy Chief State Fire Marshal Sander Cohen and FBI Special Agent Carlos Wolff in December.

Garza Palacios did not appear in court and the case was closed on June 25 when he handed over the financial penalty, according to court documents obtained by the Washington Post.

Wolff and Cohen were standing on the side of the road on I-270 in Montgomery County when they were struck by a Honda Accord driven by Garza Palacios. Wolff had crashed after reaching for his cellphone, and Cohen had stopped to help.

Driving up behind the scene, Garza Palacios told authorities that he couldn't swerve right and went left - not seeing the two men.