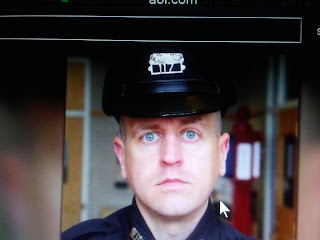 This is so bad!

AOL News reports a Massachusetts police officer and a bystander were both killed by a man who struck the cop with a stone before stealing his gun and opening fire.

The Weymouth officer, 42-year-old Michael Chesna, was taken to a nearby hospital, where he died from his injuries.

The suspect, Emanuel Lopes, struck Chesna in the head with a stone before swiping the pistol and shooting him multiple times.

A bullet also fatally struck a woman who was inside her home in Weymouth when Lopes fired the gun as he fled.