John McCain buried at US Naval Academy, It's about time 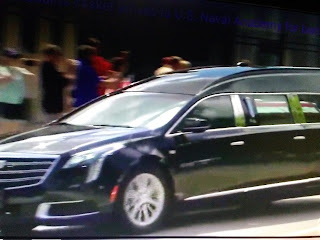 After what seemed like a month of funeral services, the senior senator from Arizona was laid to rest.
Is it finally over?

BBC reports Senator John McCain has been buried at the US Naval Academy in Annapolis, Maryland, after a small private ceremony.

A military flypast was performed with the squadron one plane short, to symbolise the dead senator.
Mr McCain graduated from the elite Naval Academy in 1958.