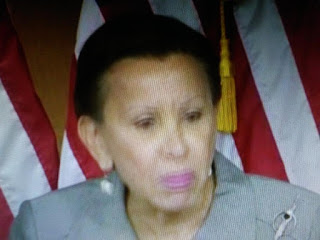 As a native New Yorker I can't think of one thing Nydia Velazquez has done in all her years in Congress besides take up space.

One of those Democrats is demanding a 9-11 style commission to investigate Trump's response.

Rep. Nydia Velazquez(D-N.Y.), who was born in Puerto Rico, expressed outrage on Friday over President Trump's questioning of the new death toll number.
A team of researchers from George Washington University estimates that 2,975 Puerto Ricans died in the storm, a number produced by computer modeling. That's well above the double-digit death toll that emerged in the storm's aftermath.