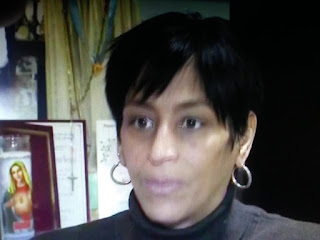 This is unbelievable!
I gotta a feeling there was a connection between Evelyn Rodriguez, the driver of the SUV and MS-13.  Police are still investigating.

AOL News reports a grieving New York mother recognized by President Donald Trump at the State of the Union in his campaign against deadly MS-13 gang violence was struck by an SUV and killed at a memorial to her slain daughter Friday after a heated confrontation with the driver.

Evelyn Rodriguez was hit around 4 p.m. in Brentwood, police said, on the street where her 16-year-old daughter Kayla Cuevas' body was found beaten and slashed two years ago to the day. Cuevas' friend, 15-year-old Nisa Mickens was also killed.