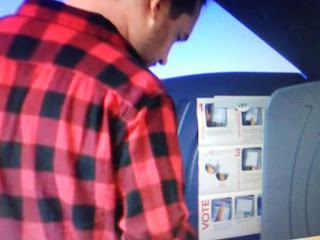 I don't know if this is a Democrat precinct.
But, it probably is and they're setting the stage for a post election narrative.

NY Post reports voters in South Carolina said machines at some polling places “flipped” their vote, according to a report on Tuesday.
The voters began to complain after they said their candidate picks, including in the governor’s race, did not match those on their final ballot submission, CBS station WLTX reported.
One person told the station that she tried to correct her vote several times before a poll worker took her to another machine so she could cast her vote.
Richland County elections director Rokey Suleman said no votes were switched and blamed the malfunctions on a calibration issue with the voting machines.