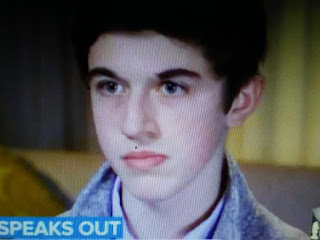 I thought Nick very much held his own on the Today Show.
In a very short period he should himself to a very thoughtful and wise young man.

InFoWars reports Nick Sandmann, the Covington Catholic High School junior whose face-off with a Native American elder on the steps of the Lincoln Memorial vent viral over the weekend, is defending his actions and insisting he showed no insolence during the confrontation.

However, the mainstream media has relentlessly pushed the narrative that Sandmann and his classmates were disrespectful to the Native American protesters despite video showing the opposite to be true.