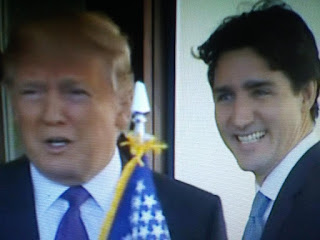 This time around the United States has a real leader in the White House unlike the poser Obama previously.

AOL News reports the leaders of Canada and the United States on Monday agreed to continue pressing Beijing to free two Canadian citizens who were detained after the arrest of a senior Chinese executive in Vancouver, Ottawa said.

Canada wants the immediate release of Michael Kovrig and Michael Spavor, who were picked up after Canadian authorities arrested Huawei Technologies Co Chief Financial Officer Meng Wanzhou on Dec. 1 at the request of the United States.