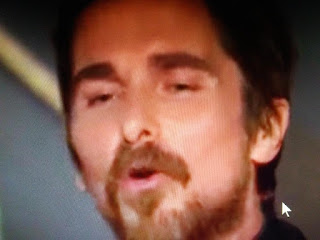 It's only due to Leftists obsession with Dick Cheney that this movie was made in the first place.
I've never heard of a movie about a vice president.  But, this the kind of garbage Hollywood produces nowadays.  Christian Bale is a tremendous actor.  However, thanking Satan for anything is foolish and very dangerous to one's health.  That's nothing to play with.

NY Post reports Christian Bale made sure to make room for someone unexpected in his Golden Globes acceptance speech: Satan.
Accepting the award for Best Actor in a Comedy or Musical for his role as Dick Cheney in “Vice,” the actor thanked his wife, Sandra, the film’s director, Adam McKay, and the devil himself.
“Thank you to Satan for giving me inspiration on how to play this role,” Bale said, an impish smile breaking out across his face.