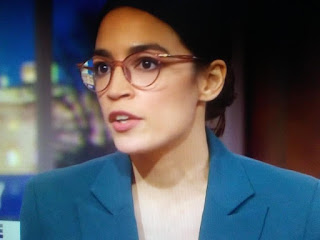 The more Ocasio-Cortez's gets in front of cameras, the better it is for Republicans.  Democrats, who live in a bubble, thinks she's fantastic and score big the more she gets attention.  Let them think that.  We want more!

Bring on the “Green New Deal,” some Republicans say.

The environmental and economic proposal from congressional Democrats is being welcomed by GOPers who say the ambitious plan is so vague, yet so extreme, that it will backfire on Dems.