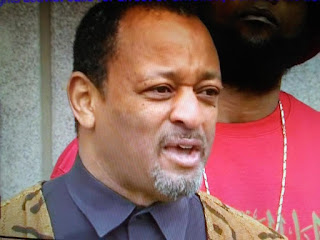 This activist makes a good point on how people could have gotten hurt as a result of Jussie Snollett's lies.

InFoWars reports Black civil rights activist Najee Ali is calling for the arrest and prosecution of actor Jussie Smollett for allegedly lying about being the victim of a hate crime, saying Smollett could have unintentionally triggered a “race war”.

During a press conference yesterday, Ali, who is the director of Project Islamic HOPE, said Smollett’s actions were an insult to real victims of hate crime.

“It’s a slap in the face. We have many members of the black community and the LGBTQ community who have been the victims of racism and hate crimes, so for Smollett to say that he was a victim…and we believe is a lie…certainly is an injustice to those true victims…,” Ali said. “Jussie Smollett must be brought to justice for lying.”