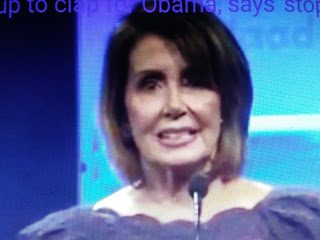 A lot of Democrat politicians and celebs jumped on the Smollett bandwagon and ending up with egg on their faces for believing a cockamamie story.

Daily Caller reports House Speaker Nancy Pelosi deleted her original tweet sympathetic for “Empire” actor and singer Jussie Smollett amid reports that Smollett may have staged the alleged January 29 attack against himself.

Smollett claimed to law enforcement he went to a local Chicago Subway eatery at 2 a.m., and he was physically assaulted by two men in ski masks who poured a bleach-like substance on him and tied a rope around his neck like a noose.