So much for Global Warming: Colorado's snowpack is 40 times normal after rare summer solstice dump 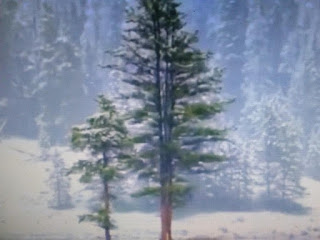 If climate change advocates were correct, they'd be no snow on the Colorado Rockies by now.
They've only been saying their predictions for the past 30 years.  Climate change is a hoax like many other things Leftists talk about.

Stanford Advocate reports on summer's opening day, up to 20 inches of snow buried the high terrain of the Colorado Rockies, boosting the state's snowpack to extraordinary levels for the time of year.

The solstice flakes marked a continuation of a snowy stretch that began in January and February and lingered through spring. Even before the solstice snow, The Denver Post wrote, the state's snowpack was "in virtually every numerical sense . . . off the charts." At the time, the snowpack was 751 percent above normal.


Due to the new snow Friday into the weekend, the Natural Resources Conservation Service reported that the state's snowpack ballooned to 4,121 percent above normal as of Monday. This number is so high because ordinarily very little snow is left by late June, and cold temperatures late into the spring helped preserve what fell earlier.