She called bluff: Kellyanne Conway will NOT face a contempt vote after House Dems mysteriously cancel vote after she refused to testify 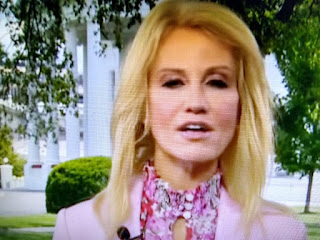 Here's the dirty little secret about Democrats.  They're a bunch of bullies when smacked in the mouth, they run away.  Sadly too many Republicans are afraid of them and are quick to bend over.  Not Kellyanne.  She's got more balls the GOP men in DC.

The House Oversight Committee originally planned to vote Thursday morning to recommend the chamber hold Conway in contempt for refusing to comply with a congressional subpoena.

'I am postponing the Committee's vote as I work with the White House to try to reach an accommodation,' Oversight Chairman Elijah Cummings said in a statement Wednesday.

'Ms. Conway violated the law numerous times and must be held accountable,' he continued, suggesting the panel would not drop the matter just because the vote was canceled.