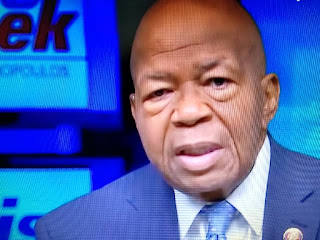 That's how bad Baltimore is.
If a congressman's home can be broken into, what does that say about the rest of the city as a whole?


Daily Mail reports police in Baltimore are investigating a burglary on Saturday at the home of House Rep. Elijah Cummings, it was reported on Thursday.

So far, police have not said if there is property missing from the home.