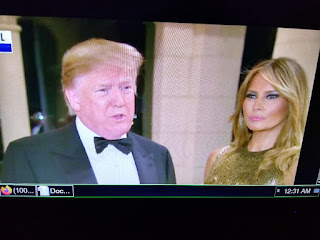 Iran is going down a very bad road id they want to stay alive!

Fox News reports speaking to reporters just hours after dozens of Iran-backed Iraqi Shiite militiamen and their supporters broke into the U.S. Embassy in Baghdad, President Trump on Tuesday night vowed that the situation "will not be a Benghazi" -- a pointed reference to the deadly 2012 embassy attack in Libya on the Obama administration's watch, after officials at the embassy had requested enhanced security for weeks

"It's been handled very well," Trump said as he walked into New Year's Eve celebrations at his Mar-a-Lago resort in Florida. "The Marines came in. We had some great warriors come in; they did a fantastic job. They were there instantaneously, as soon as we heard. They came immediately. It's in great shape. This will not be a Benghazi. Benghazi never should have happened. This will never, ever be a Benghazi. ... As soon as we saw there was a potential for a problem, they got in."