What MSNBC is all about: MSNBC host Chris Hayes says ‘no reason’ to trust Trump over Iran 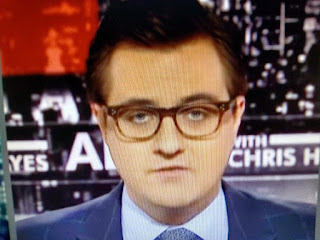 Chris Hayes is an asshole!  He's been that way for a long time along with the other hosts on that station.
MSNBC itself is a propaganda arm for the Democrat party and a complete waste of time to watch as seen by their poor ratings.

"There is absolutely no reason for anyone in the U.S. to credit anything the president or his administration says about matters of life and death and war and peace until it is demonstratively verified. Full stop," he said Friday.

Hayes' comments came after the administration claimed that Soleimani was plotting to take American lives in Iraq and killed him in an act of self-defense. Doing so, the administration argued, was a form of de-escalation -- a claim Hayes called ridiculous.