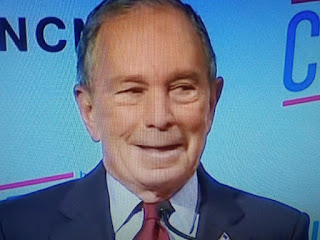 How did this guy ever become so rich with spending money like this?

Bloomberg was awarded five of the six delegates from American Samoa, with Rep. Tulsi Gabbard, D-Hawaii, claiming just one.

It amounted to his first victory from the Super Tuesday contests, after dropping $500 million on ads. Former Vice President Joe Biden and Vermont Sen. Bernie Sanders were faring much better in the early voting, raising questions about the future of Bloomberg's campaign.