New York magazine’s Olivia Nuzzi reporter to Trump: Do You ‘Deserve’ Reelection Since More Died from Virus Than in Vietnam? 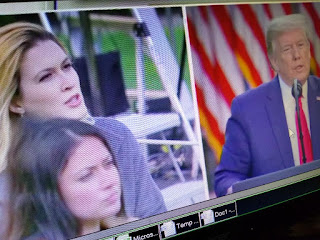 That's actually an easy question for Trump to answer.
He's performed well and has overcome every obstacle that was put in front of him.  Remember the ventilators?  That was hot issues CNN and MSNBC jump on.  What were the results?  Trump handled it because he's all about the do instead of talk!

NewsBusters reports after some uncertainty about the future of White House Coronavirus Task Force briefings, Monday’s edition went off without a hitch in the Rose Garden and the questions were relatively fair and uncontroversial.
That was until New York magazine’s Olivia Nuzzi was granted the final question and, despite the adorations from fellow liberal journalists afterward, she stood on the graves of Americans lost in the Vietnam War when she asked President Trump whether he “deserve[s]” a second term since more Americans have died from coronavirus than the war.