Sweden ambassador: Stockholm could reach herd immunity by May 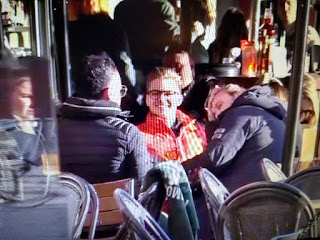 Sweden is the one country in the world that handled Covid-19 without needlessly wrecking their economy.
This was the approached the United States should have taken.  Going into full lockdown was only kicking the can down the road and prevented our people from reaching herd immunity to eradicate the virus.

Al Jazeera reports Sweden's ambassador to the United States has said the capital of the Nordic country could reach herd immunity by May - a result of a controversial response to the coronavirus pandemic involving few public restrictions.
"About 30 percent of people in Stockholm have reached a level of immunity," Karin Ulrika Olofsdotter told National Public Radio (NPR).
To date, close to three million people have been infected by the new coronavirus, which has caused more than 206,000 deaths worldwide.
"We could reach herd immunity in the capital as early as next month," Olofsdotter said in the interview published on Saturday.
So-called herd immunity occurs when a large enough percentage of a population becomes immune to a virus, either through infection or vaccination, thus preventing further spread throughout the group.