Trump Calls WHO a ‘Pipe Organ for China,’ Accuses Agency of Misleading US 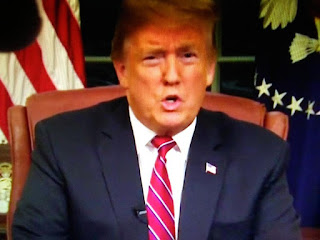 I hope the president defunds WHO entirely.
Why send taxpayers money to such a corrupt organization?

The Epoch Times reports President Donald Trump on Wednesday accused the World Health Organization (WHO) of withholding information from the United States and being a “pipe organ” for the Chinese regime amid the CCP virus outbreak.

During a meeting with Louisiana Gov. John Bel Edwards in the Oval Office, Trump was asked by a reporter, “Mr. President, what are you hoping to learn about China and the World Health Organization with this investigation you’ve commissioned with the intelligence agencies?”

The White House has reportedly ordered intelligence agencies to investigate whether China and the WHO initially held back information they had gathered about the CCP (Chinese Communist Party) virus, also known as the novel coronavirus, NBC News reported earlier, citing unnamed current and former U.S. officials.