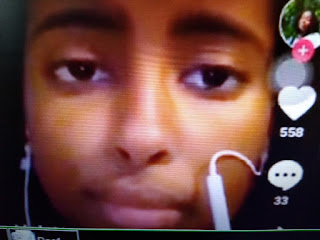 Hateful and America-hating just like her Momma! Funny how the ant-White privilege Ilham married a White guy.  How does that work?

The congresswoman’s 17-year-old daughter Isra Hirsi made the comments during a TikTok live video captured by conservative activist CJ Pearson.


In this video, @israhirsi - the daughter of Congresswoman @IlhanMN - calls American soldiers “bitches” and accuses them of “furthering American imperialism” and “actively killing innocent children abroad”.

Where does she get these views from? I guess the apple doesn’t fall far! pic.twitter.com/vNCbO5K4aS
— CJ Pearson (@thecjpearson) May 16, 2020