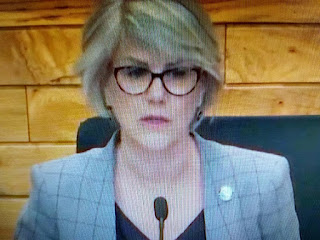 It's all good, until shit happens to you!
But, this needs to be taken into account because a lot of Democrats live in gated communities like Nancy Pelosi.  They don't have to worry about the laws they pass that will have a drastic effect on the people.

“It hurts when you’re giving so much to your community,” she added.