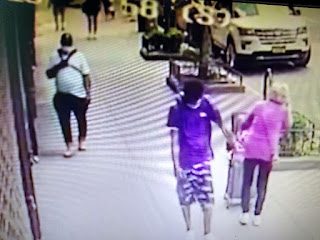 NY Post reports a career criminal with more than 100 arrests to his name was busted for cruelly shoving a 92-year-old woman into a Manhattan fire hydrant — leaving his victim too scared to walk alone in her own neighborhood.

The injured elder, a Bronx native named Geraldine, spoke to The Post on Tuesday after cops arrested convicted sex offender Rashid Brimmage, 31, and charged him with attacking her.
“I thought a brick hit me or something hit me on the left side of my head, and I went right down and hit my head against the hydrant,” Geraldine, who asked that her last name be withheld for safety reasons, said of the attack. “Blood was coming out, not spurting blood, but blood was dripping.”