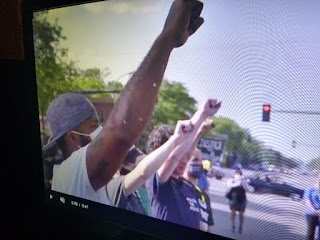 I would bet property values in Minneapolis just dropped 35%.
Who the hell would want and stay there?  But, thgis is the kind of destruction Democrat create.

NY Post reports the Minneapolis City Council on Friday unanimously approved a measure to abolish the city’s police department — a radical proposal amid nationwide efforts by activists to defund local law enforcement agencies.
The 12-0 vote will not automatically dismantle the department, but is a first step in a long legislative process that will ultimately need popular support by city residents in a November election.
The proposal gained popularity among city council members amid widespread protests and riots in the city following the killing of George Floyd by a city police officer last month.