Chicago violence erupts during holiday weekend, at least 67 shot and 13 killed Black Lives Matter No Where to Be Found 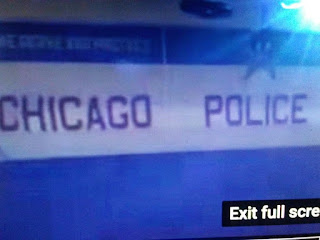 I used to post a story every Monday after googling "Chicago shooting".
Every weekend 16 to 35 shootings with multiple deaths.  I got tired of doing it because  nothing changed. And it's still the same today.  As far as Black Lives Matter?  They never cared about the people in Chicago or any place in the country where 99% of black people are killed by other black people instead of white cops.  People prefer to believe in fiction than the truth.

Fox News reports Chicago's bloody gun violence continued through the holiday weekend as more than 67 people were shot and at least 13 killed, including a 7-year-old girl and a 14-year-old boy.
Nine of the victims were minors, with only the two fatalities so far, the Chicago Sun-Times reported.
The girl, identified by her family as Natalie Wallace, was outside her grandmother’s home at a Fourth of July party in the city's Austin neighborhood around 7 p.m. when a vehicle pulled up and three men got out and started shooting indiscriminately.
Wallace was shot in her head and pronounced dead after she was rushed to a hospital, police said, according to Chicago's FOX 32.
A 32-year-old man shot during the same attack was in fair condition, FOX 32 reported.