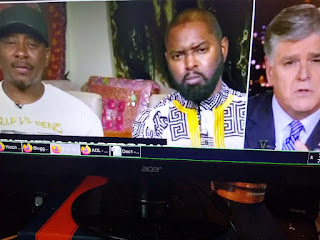 This story above all others shows that Black Lives Matters is a complete fraud!
Folks need to learn that BLM is nothing but an extortion racket very similar to the Jessie Jacks and Al Shartons to blackmail corporations.  It's the same old game!  People need to stand up and call  spade a spade and stop falling for the hustle!

Fox News reports Horace Lorenzo Anderson Sr., the father of a 19-year-old black man who was shot and killed last month inside Seattle’s Capitol Hill Occupied Protest (CHOP) publicly pleaded for answers on "Hannity" Wednesday night, saying police and Seattle Mayor Jenny Durkan had failed to reach out to him since his son's death.
"They need to come talk to me and somebody needs to come tell me something, because I still don't know nothing," an emotional Anderson told host Sean Hannity.
"Somebody needs to come to my house and knock on my door and tell me something. I don't know nothing. All I know is my son got killed up there.
"They say, 'He's just a 19-year-old.'" No, that's Horace Lorenzo Anderson [Jr.]. That's my son, and I loved him."