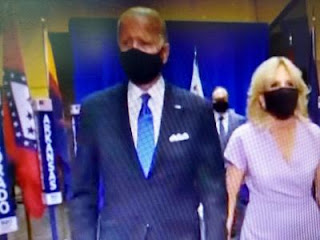 Joe Biden can't seem to run a presidential campaign without stealing from somebody.
The man doesn’t have any creativity of his own.

Democratic presidential nominee Joe Biden reprised his penchant for borrowing lines from other people’s work this week — apparently relying a bit too heavily on the words of a deceased Canuck party leader during his acceptance speech at the Democratic National Convention, reports said.

But Canadian media quickly noted that the former veep’s words were  uncannily similar to those of Jack Layton, the leader of Canada’s left-wing New Democratic Party, who issued a poignant open letter to his fellow citizens as he lay dying of cancer nine years ago Saturday, on Aug. 22, 2011.