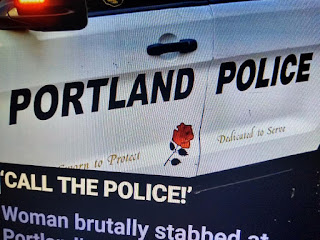 Thank you Democrat Party!
Voters have to realize that Democrats care very little for public safety.

Fox News reports a confrontation in downtown Portland on Monday evening resulted in one woman stabbing another at the site of nightly racial justice demonstrations, according to authorities.

Portland Police said the victim is being treated at a hospital for non-life-threatening injuries. The suspect left the scene before returning and is now being interviewed by authorities.
The female suspect had entered Lownsdale Square Park around 6:20 p.m., which is located across from Portland’s Mark O. Hatfield federal courthouse. Police said that after taking photos or videos she got into an argument with other people in the park before stabbing another woman in the chest.