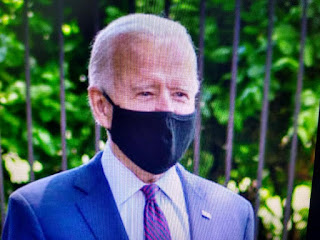 Barack Obama engineered the most lackluster economy the United States has ever seen.  And Joe Biden was right there by his side.  So what makes the average American think

that Biden can improve what Donald Trump did in three years, that Obama couldn't do in eight?

So how would Joe Biden govern?

There's an answer to that too.  Look at how Bill de Blasio destroyed New York.  Lori Lightfoot is running Chicago into a ditch.  Both are Biden clones and that's only a small example of how Biden would obliterate the United States.