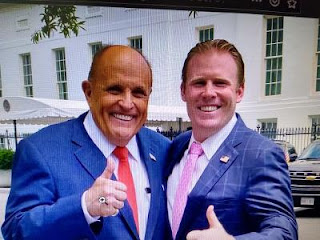 New York is in desperate need for a Republican to come in and clean up this city and forever throw away the progressive brand of government.

While the 76-year-old former occupant of Gracie Mansion won’t be returning to his old job, his 34-year-old son Andrew is taking a hard look at running for mayor in 2021.

“I am certainly thinking about it. It’s something that a bunch of people that I trust have approached me with,” the younger Giuliani told The Post. “It’s been terrible to see over the last few years how the city has spiraled. I am afraid if the right candidate doesn’t win in 2021, four more years of de Blasio’s policies will remind us of the 80s.”

“Mayor de Blasio’s administration has failed New York as he does not value the New York Police Department and he does not value what they have done for the city,” Giuliani continued, singling out recent budget cuts and the disbanding of the NYPD’s undercover anti-crime unit.