Trump will not participate in virtual debate with Biden; will hold rally instead Commission biased toward Joe Been, it's obvious 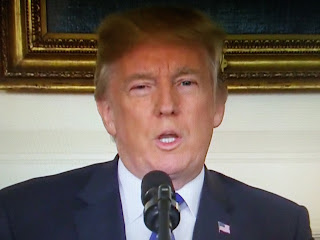 There's nothing independent about the commission for debates.  Let's face, who are we fooling?  It reminds me when Robert Mueller was called a straight shooter.

LA Timesreports President Trump rejected the idea of remotely debating former Vice President Joe Biden, shortly after the Commission on Presidential Debates announced on Thursday that the next event would be held virtually.

“I’m not going to waste my time on a virtual debate. That’s not what debating is all about,” Trump said on Fox Business.

Trump’s decision comes as questions continue to swirl about his health and how long he will remain infectious with COVID-19.

The debate, scheduled for Oct. 15, would be held with Trump and Biden in separate locations “in order to protect the health and safety of all involved with the second presidential debate,” the commission said.

"I'm not going to waste my time on a virtual debate" -- Trump, on with Maria Bartiromo, begins his first post-coronavirus interview by saying he's pulling out of the second debate. (He sounds a little hoarse.) pic.twitter.com/R43JSszfll