Bullshit!: Joe Biden vows to be president for all in victory speech 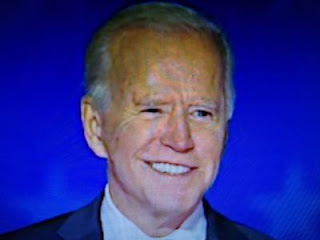 At this point in time the Obama regime was spying on the Trump campaign.  So forgive me if I don’t believe  a word coming out Joe Biden's mouth.

By the way, Barack Obama said he same thing twelve years ago and he only cared about the people who voted for him.    Joe Biden is a joke!

“The people of this nation have spoken. They delivered us a clear victory — a convincing victory, a victory for the people,” Biden said after jogging up to the stage at the Chase Center parking lot in his hometown of Wilmington, Del.