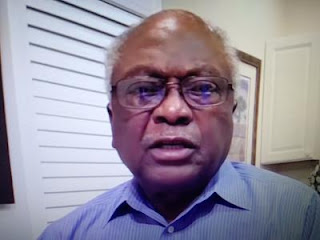 Not one Republican in the House lost their seat.

That's a terrible record for Democrats who were too busy stealing the election from Donald Trump.

NY Postreports House Majority Whip Jim Clyburn on Sunday blamed the “defund the police” slogan for some Democratic losses in Congress — as he took aim at his party’s progressive wing.

The South Carolina lawmaker told NBC’s “Meet the Press” he believed Republicans used the liberal protest slogan to batter their Democratic opponents — citing the loss of his former aide Jaime Harrison to incumbent Sen. Lindsey Graham in his home state.

“Jaime Harrison started to plateau when ‘Defund the Police’ showed up with a caption on TV right across his head,” Clyburn told host Chuck Todd.