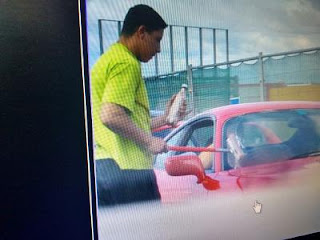 After eight years of Bill ded Blasio and his progressive policies what is the result?

How about 84% increase in shootings for the first five months of 2021?  And that's a small sample of the misery New York is facing.

I can’t stress enough to my fellow New Yorkers that progressivism sucks!

Look around you, tell me what you see.

The squeegee man are back.  Remember them?  One of the first things Mayor Rudy Giuliani and Police Commissioner Bill Bratton did was to get rid of these annoying guys with their dirty  squeegees looking to pick up some cash from drivers.  It was a very small thing to do to get rid of them and it became known as "broken windows" Eliminating small quality of life annoyances that would created a better environment for New Yorkers.  From the small things developed into handling the bigger things.  In time New York was transformed into the safest big city in the world.

The blueprint is there!

But, New York voters have to realize that they've been sold a bill of goods by Democrats.  Again, look around you!  Look at Chicago and Los Angeles?  They've suffered the same results as New York.  Progressive policies DO NOT work!  Their experiments have failed all the cities run by Democrats.  Turn off CNN and MSNBC!  Look with your eyes and your heats!