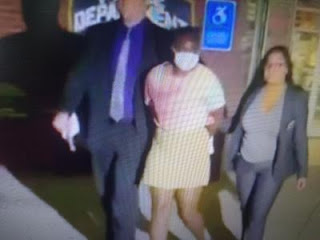 What's interesting about these anti-Asian attacks is there are being committed by black people.

But, that's not the story the mainstream media care to highlight.  I doubr this woman arrested in a white supremacist or a Trump supporter the media lies about.

NY Post reports a woman was arrested Thursday for an alleged hate-driven, anti-Asian assault spree that left four people injured over the course of several months in Queens, police said.

Maricia Bell, 25, is accused of attacking three women — ages 75, 63 and 34 — and a 23-year-old man in four separate incidents in the borough beginning May 23, according to police.

In the first attack, Bell allegedly yelled, “Why are you talking to me?” before punching the man in a Flushing parking lot on Kissena Boulevard, cops said.