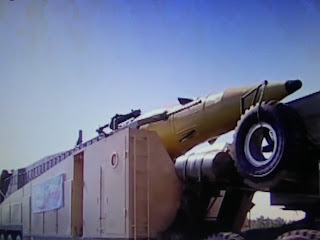 I've been saying this for a long time.
If there's one country that deserves to be destroyed by the US, it's Iran!


AP reports Iran's Revolutionary Guard on Friday unveiled its latest ballistic missile capable of reaching much of the Middle East, including Israel, while the country's president vowed that Tehran would press ahead with its missile program in defiance of U.S. demands to the contrary.

The unveiling came during a military parade in Tehran that commemorated the 1980s Iraq-Iran war.

The move was a direct challenge to President Donald Trump, who in August signed a bill imposing mandatory penalties on those involved in Iran's ballistic missile program and anyone who does business with them.