Why people aren’t covering one of the highest rated shows on TV, Shark Tank 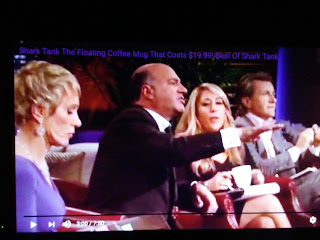 I think the answer is pretty obvious.  Shark Tank is a show that celebrates what makes America great-Capitalism!
Only in America, land of opportunity, can dreams of starting a small business to become a global success is possible.  Leftists who make up the media and believe in socialism are not impressed by that.  They rather bash the country they live in as being unfair and raciest.


NY Post reports tonight marks the 2-hour season premiere of one of television’s top-rated, most critically acclaimed shows — one that curiously gets little media attention.

For nine seasons, “Shark Tank” — a competitive reality program in which inventors pitch to a panel of multi-millionaires (and one billionaire) — has been a consistent ratings winner despite ABC airing it in a Friday night graveyard slot. It’s won four Emmys for Outstanding Structured Reality Program. Last August, the show retained its audience against NFL pre-season games.

The success of “Shark Tank” has surprised even some sharks. “I thought it was going to be a failure,” Daymond John told CNBC earlier this year. “Nobody wants to listen to five businessmen and women talk! Who wants to watch that?”

Turns out about 10 million people do, eager to learn about margins, franchising, licensing, intellectual property and utility patents, amortization and customer acquisition, all of which somehow make edge-of-your-seat viewing.

Most compelling: “Shark Tank” is the American Dream in your living room week after week, a potent counterweight to our ongoing economic trauma. It’s hard to think of a more resonant-yet-aspirational reality show. So why doesn’t it garner as much media coverage as, say, “The Bachelor,” which equals and sometimes lags behind “Shark Tank” in viewers?