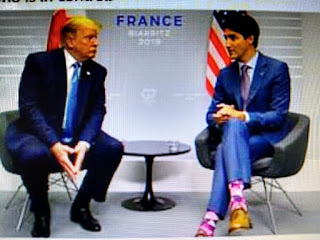 This is the problem with 21st century male who have no clue what manhood is.  I guess they're too busy figuring out the false notion that there are more than two genders, male and female.  That's right, only two.  Any argument contrary to that is a bunch of woke bullshit!
at 8/25/2019 11:40:00 PM