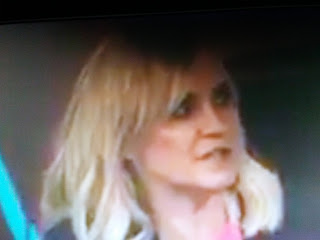 This is the kind of thing that has symbolized the Democrat Party aka Liberals--animosity toward Whites.
They love to lecture about the ills of White privilege as if they've never claimed a benefit of being White themselves.  Kinda hard to attract Whites votes when so much white-hatred is displayed by Libs.

Daily Caller reports if you had ESPN on your television Saturday morning, you had the privilege of hearing host Michelle Beadle tell all white men to “Shut up and listen for five minutes.”

Beadle gave her opinion on recent comments made by Panthers quarterback Cam Newton.
During a Wednesday presser, a female reporter had asked Newton about the effectiveness of the routes of his receivers. Newton condescendingly responded, “It’s funny to hear a female talk about routes. It’s funny.”

What's funny about this @espn clip is if it's said about anyone other than white men MSESPN loses its mind: pic.twitter.com/Sd2YQcqErb
— Clay Travis (@ClayTravis) October 7, 2017