Outrageous: 99-Year-Old Woman Escapes, Calls Cops After Armed Men Tie up Her and Her Husband in Deadly Home Invasion: NYPD 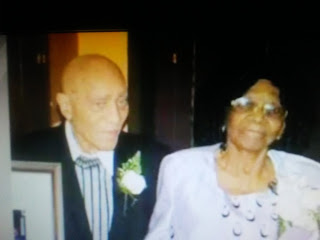 DISGUSTING!
Words cannot describe the outrage I feel at these SONS OF BITCHES who did this!


NBC reports a 99-year-old woman managed to escape and call 911 after being tied up by violent home invaders, but police said her 91-year-old husband died after the men broke into their Brooklyn home.

Waldiman and Ethlin Brumley Thompson were at their ground-floor apartment in Bedford Stuyvesant Wednesday afternoon when at least two masked, armed men stormed in, tied them up and put pillow cases over their heads, according to sources.
Then, authorities said, they ransacked the home -- but it’s not clear if anything was taken from the home.