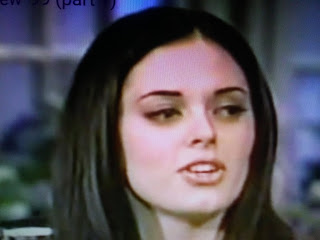 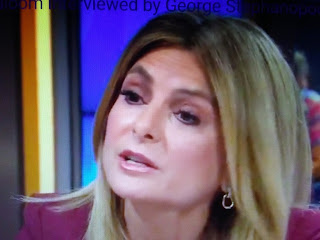 Who knows if this is true?
But, what is certain is that attorney Lisa Bloom is no feminist.  She's an unprincipled legal mercenary that goes to the highest bidder for her services. There's nothing wrong with that in itself.  But, that's contrary to what she portrays herself to be.

Daily Mail Harvey Weinstein accuser Rose McGowan claims attorney Lisa Bloom offered her $6million to publicly support the disgraced media mogul who she says raped her.
In an emotional statement posted to what appears to be her private Facebook account, the former Charmed star accused celebrity attorney Lisa Bloom of approaching her literary agent to try and influence McGowan to publicly support Weinstein.
Bloom had represented Weinstein before resigning on October 7 after the scandal broke.
McGowan, who was one of the first women to publicly allege that Weinstein had sexually assaulted her, revealed she did not sign a non-disclosure agreement after reaching a settlement with the media mogul for $100,000 after she claims he raped her at a hotel room in 1997 during the Sundance Film Festival.
'You know what is truth, Lisa? I feel like people should know that you've been calling my literary agent and saying there'd be money for me if I got on the "Harvey's Changed" bandwagon?' the actor wrote.
'You told her that I should care about HIS reputation. How HE has a family now and how HE has changed. Well, guess what? I've always had a family and that didn't stop him from assaulting me.'