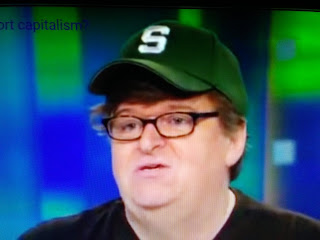 If Moore couldn't pack the house every night in Liberal city like New York, that speaks for the lack of quality of the product.

“While not at all presidential I must point out that the Sloppy Michael Moore Show on Broadway was a TOTAL BOMB and was forced to close,” Trump jabbed. “Sad!”

“The Terms of My Surrender,” Moore’s one-man show, closed Sunday after a limited 100-performance run at the Belasco Theater.

Moore originally planned 97 performances of the show. He announced plans to take the show on the road in 2018 – even though the evening of political satire and caustic commentary played to half-full houses in New York.