Jorge Ramos Says He's Now Having 'Worst Time' of His Life in USA... 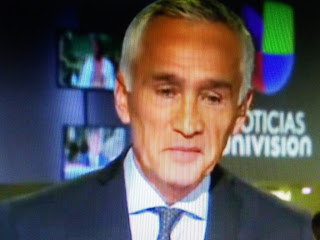 I don't believe a word Jorge Ramos says because he's dishonest like most members of the corrupt media machine.

NewsBusters reports nearly a year into the Trump presidency, Univision anchor Jorge Ramos says he’s experiencing “the worst moment I’ve had in the 34 years I’ve been living in the United States.”
“With Donald Trump there, I have never been treated so badly. I have never been insulted so much. We’ve never been attacked so much. They have never tried to run us out as much as now,” Ramos vented in an interview with the Spanish radio network Cadena SER.
Ramos, who proclaimed himself “if not an enemy, an opponent” of Trump in the interview, complained about the massive blowback he has received since deciding to use his media platforms to openly oppose the choice of over 62 million American voters in last year’s U.S. presidential election.