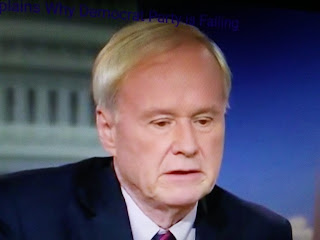 Looks like NBC is a quite a place that employs race hustlers (Al Sharpton), certified lairs (Brian Williams), and more than their fair share of sexual harassers Matt Lauer and Chris Matthews).

Daily Caller reports an MSNBC spokesman confirmed Saturday the company made a separation-related payment to one of Chris Matthews employees after the woman complained about sexual harassment.

Two sources familiar with the situation told The Daily Caller that Matthews paid $40,000 to settle with an assistant producer on his show,
“Hardball with Chris Matthews,” in 1999 after she accused him of harassment. An MSNBC spokesperson contested that claim to the Caller, saying the company instead paid significantly less as part of a severance package.