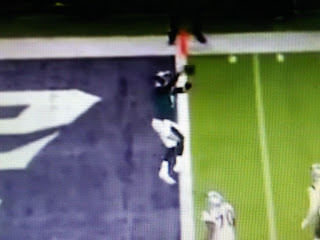 Congratulations to the city of Philadelphia on your first Super Bowl win!

The Eagles scored first with a field goal in the first quarter and were ahead 22-12 at halftime after two quarters of trick plays and missed extra points on both sides. The Eagles briefly fell behind in the fourth quarter but regained the lead on a touchdown by Zach Ertz with just over two minutes remaining in the game.

A fumble by Tom Brady gave the Eagles the ball back with 2:09 remaining, effectively clinching the game for Philadelphia. The Eagles scored a field goal to pad their lead with 1:05 left, and the Patriots were unable to score on the final drive of the game.