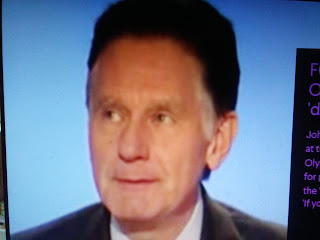 The Gay agenda is pushed into mainstream society to the exclusion of everything else.

AOL News reports FoxNews.com Executive Editor John Moody is none too pleased about the U.S. Olympic Committee’s commitment to diversity in this year’s Winter Games in Pyeongchang, South Korea.

In a take on FoxNews.com, Moody blasted the USOC, who praised the team’s diversity in this Washington Post story from earlier this week.

“Unless it’s changed overnight, the motto of the Olympics, since 1894, has been ‘Faster, Higher, Stronger.’ It appears the U.S. Olympic Committee would like to change that to ‘Darker, Gayer, Different.’ If your goal is to win medals, that won’t work,” Moody wrote of the team’s drive to increase representations for Asian, African-American and gay athletes.