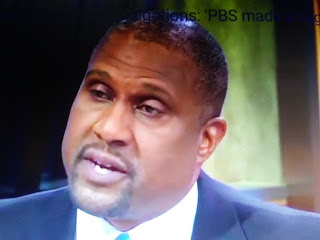 I don't agree with Tavis that often.  But I believe he's a Christian gentlemen who got caught up in this #MeeToo bullshit.
That's right I said bullshit!

Entertainment Daily reports Tavis Smiley is taking PBS to court for showing him the door.
The talk show host slapped the Public Broadcasting Service with a lawsuit Tuesday in Washington, D.C. for pulling the plug on his show last year over sexual harassment allegations.

In court papers obtained by The Wrap, Tavis - who is African American - suggested race played a role in his firing.

“PBS harassed Mr. Smiley about inviting controversial African American figures on to his show. However, when Mr. Smiley brought equally controversial (if not more so) white figures, PBS remained silent,” the lawsuit stated. “This was not an isolated incident but happened multiple times during the fourteen years PBS and [TS Media] were in business together.”